On my many visits to Lake Tahoe over the last decade, changes to the area had become unmistakable and I began to see it as a microcosm of our planet. When the snowpack on the surrounding mountains all but disappeared in 2015, I became curious about how this was affecting the color of the Lake and contacted a team of scientists with the Tahoe Environmental Research Center (TERC) at the University of California, Davis. This work is a result of our collaboration.
–DLS

The circle of color on each of these works is a pigment-based archival print, generated by data taken by scientists monitoring the health of Lake Tahoe.  The prints represent as faithful a translation from the numerical measurements to printed color (at the base of the gradation) as is currently possible.  As such, they serve as a objective record of the exact hues of the Lake and are time-stamped with the year, month, date, and 24-hour time of capture.  No measurement from a particular recording will be printed more than once in this series.  Most prints feature noontime measurements from late spring to early fall on cloudless days.  A portion of the proceeds from the sale of these works benefit the UC Davis Tahoe Environmental Research Center.

Scientists with UC Davis Tahoe Environmental Research Center (TERC) took measurements of the Lake’s color between 2012 and 2016 having tethered hyperspectral radiometers to the NASA-JPL Buoy TB3 (39°06’37”N 120°04’31”W) which were anchored 500 meters deep. The equipment measured the amount of light leaving the Lake was positioned at 12 and 5 meters below the surface.  The scientists extrapolated the surface color from these measurements.  The conversion of spectral measurements to print is described here so that future measurements may also be printed or compared visually.

The series also includes works with color measurements taken at Emerald Bay. For these pieces, the color measurements were taken manually at Emerald Bay by TERC researcher, Dr. Shohei Watanabe, for a project done in conjunction with Université Lavalin Quebec and show the stunning greens that are created by runoff of decomposed organic matter from the plants surrounding the Bay.

Each Colors of Lake Tahoe print is overlaid with an analog counterpoint— a hand-drawn original graphite sketch featuring Tahoe scenery. Some also focus on a particular animal, or plant that is part of Tahoe’s ecology. These hand renderings also serve to highlight interconnectivity— the artist and viewer alike connect to the subject, and are a reminded of the uniquely human role in creating harmony or disruption in the earth’s ecological systems.

Schafer’s placement of native flora, fauna, and geometrical forms against the color of the Lake further emphasizes the theme of interconnectedness by calling out the central role of the watershed in sustaining life and shaping the landscape.

Like some of the artist’s work previous work, the temporal focus of these works serves as evidence for the existence of places that have already vanished from the present moment, while also documenting landscapes that have existed for millions of years.

Many factors affect the Lake’s color, like its clarity and temperature, and levels of chlorophyll. Information on the ecological complexities of Lake Tahoe can be found here: terc.ucdavis.edu
​ 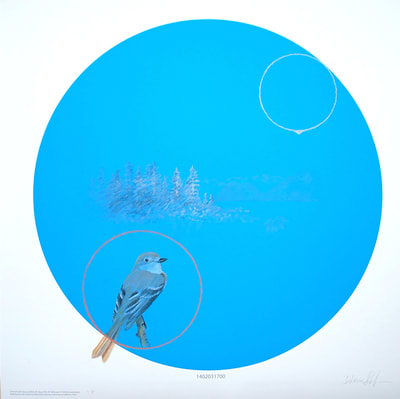 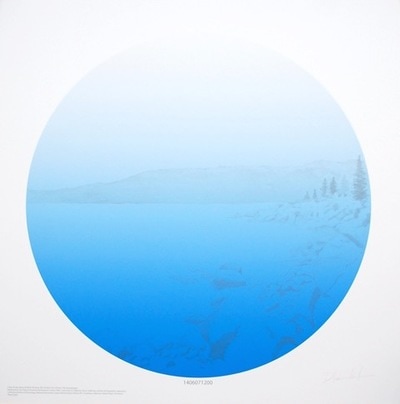 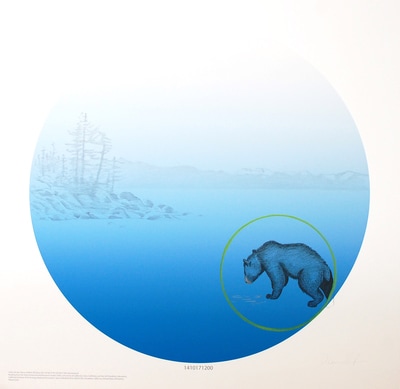 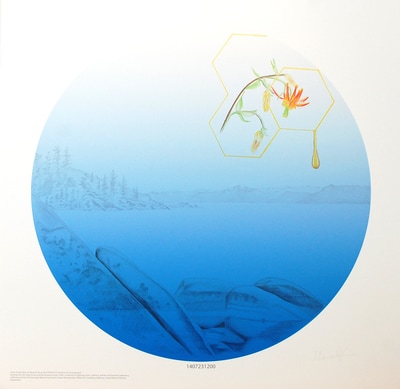 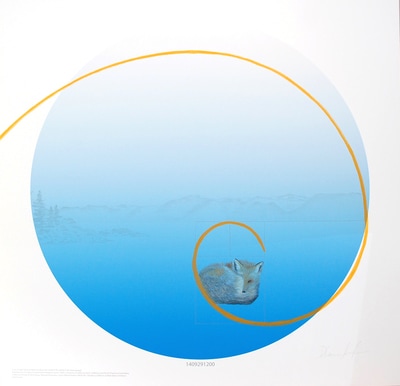 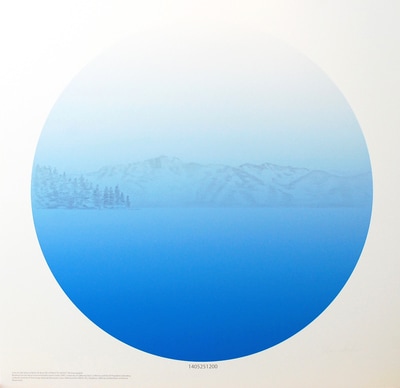 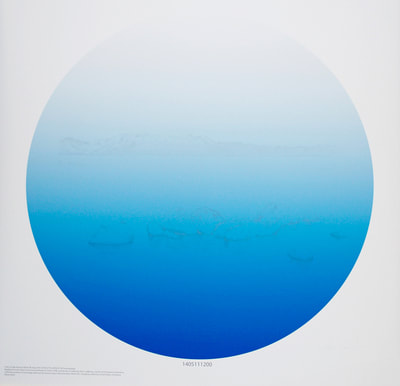 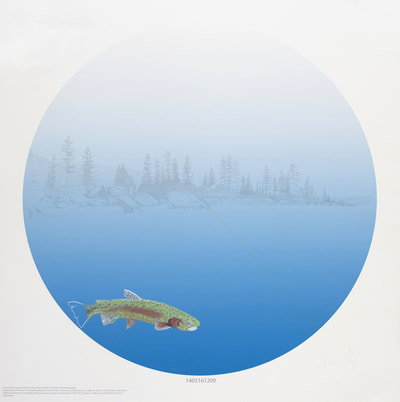 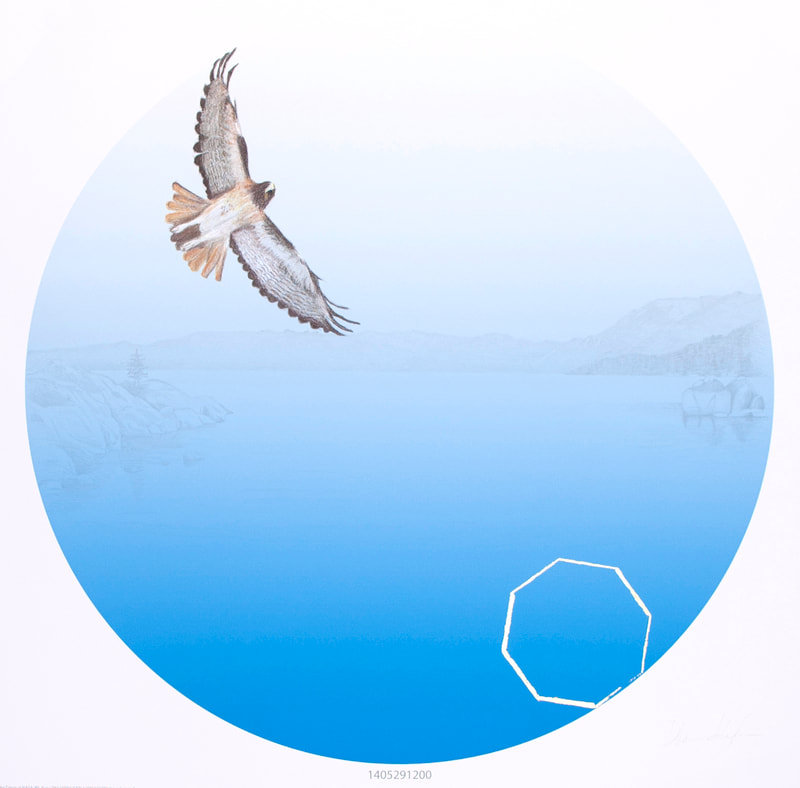 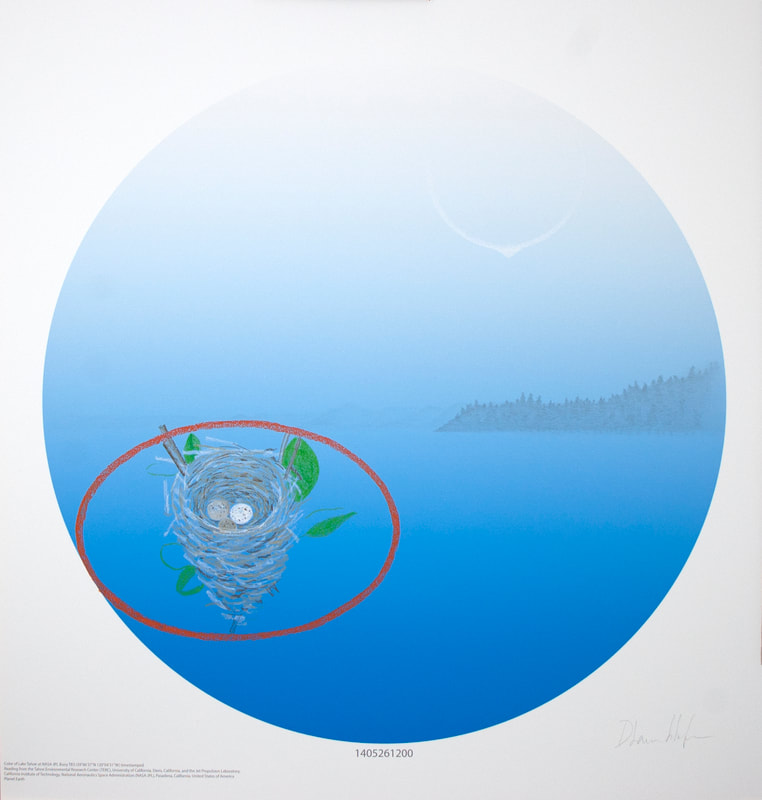 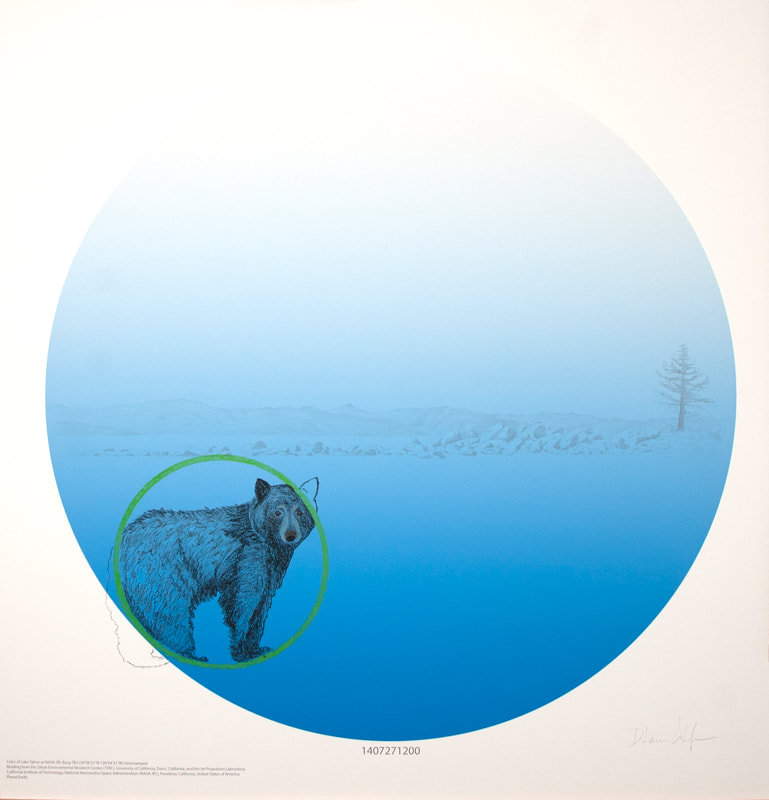 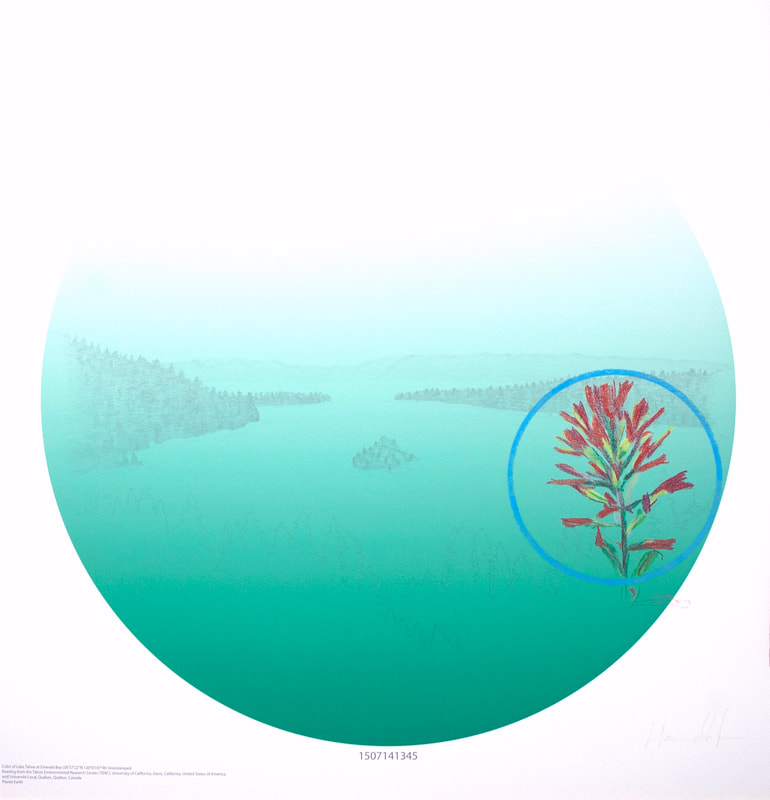 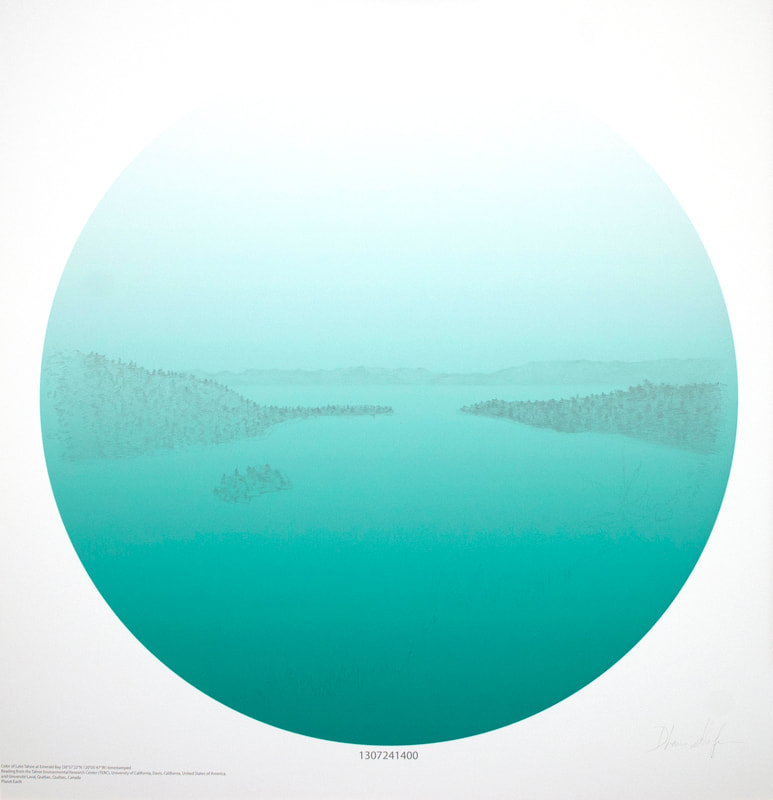 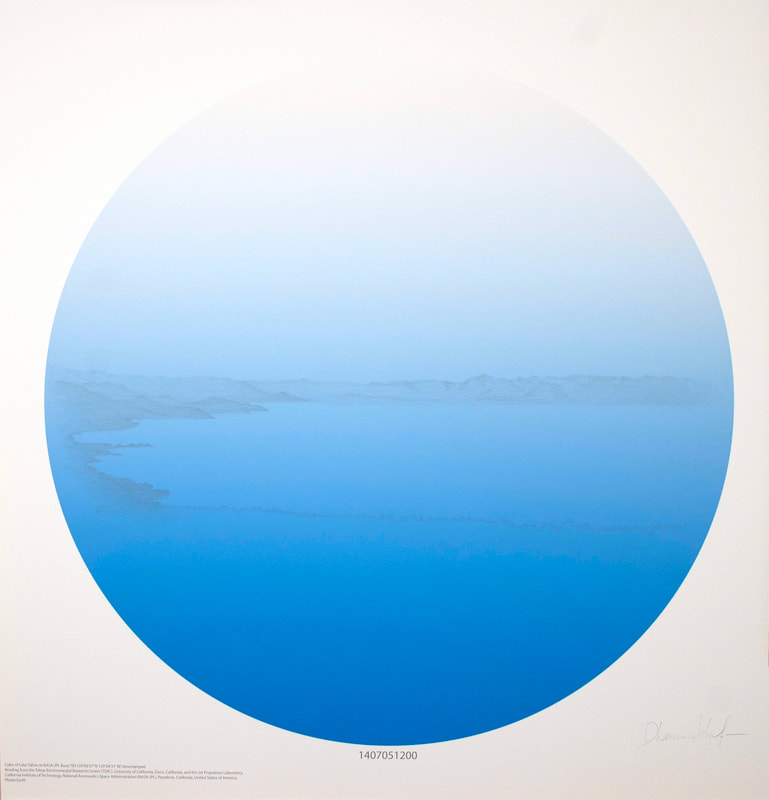